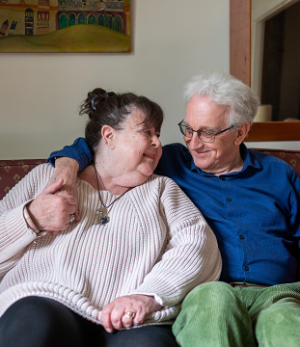 Workers aged 45-54 with care responsibilities struggled during the first two years of the COVID-19 pandemic in Australia, according to a new report published by the ARC Centre of Excellence in Population Ageing Research (CEPAR). The Report explores the circumstances of older workers with care responsibilities and offers insights into how they balanced their family lives with paid work. It finds that women, carers of older relatives, and working carers aged 45- 54 are the most vulnerable groups of carers.

“During the pandemic many unpaid carers have found themselves juggling additional care responsibilities with much less of the regular support from family, friends, schools, and formal care services,” says Associate Professor Hamilton.

Drawing on a longitudinal survey, the research team investigated how those with care responsibilities aged 45 and above balanced work and care during the pandemic in Australia between June 2020 and October 2021.

The researchers found that while company support for flexibility generally increased during the pandemic, it mostly increased during lockdown periods and declined in between, and was not equally accessible to different groups of carers, with men, people aged 65 and over, and people caring for young children, such as parents and grandparents, reporting the greatest support for flexibility from their employers.

“While perceived company support appeared to improve throughout 2020-2021, access to flexibility was not enough to support people with care responsibilities to reconcile work and life, in the absence of, or with only limited access to, formal education and care services,” says Professor Marian Baird, report co-author and CEPAR Chief Investigator in the University of Sydney Business School.

Who fared better and worse?

“Results indicate that carers had more difficulty than non-carers in balancing work and family life and that women fared worse than men, with poorer work-life balance and higher work-life conflict,” says Professor Baird.

Younger mature carers – defined in the report as those between 45 and 54 years old – were also shown to have fared worse than older carers in reconciling work and family/care responsibilities, according to the report.

“Our data revealed that the differences might be explained by the fact that carers over the age of 65, although still active in the labour market, worked fewer hours than younger ones, resulting in less time pressure,” says Professor Baird.

While all groups of carers reported they struggled to reconcile work and family life, carers of older people reported the poorest work-life balance and felt least supported by their company.

What are the implications?

“The changes in work and life brought about by the COVID-19 pandemic exacerbated work-life conflict through the increased reliance on unpaid carers to provide new and intensified forms of care, support and education,” says Associate Professor Hamilton.

The report reveals the most vulnerable groups of carers are women, younger mature carers, and respondents caring for older relatives.

“All are groups that governments currently aim to keep active in the labour market in order to enhance economic growth and sustainability, yet are clearly at risk of the poor outcomes for work and wellbeing that arise from work-life conflict,” says Associate Professor Hamilton.

“The struggles in balancing work and family life reported in this analysis highlight the importance of continuous access to flexibility provisions combined with care and support services in enabling people with unpaid care responsibilities to reconcile paid work with family life.”

“These services and flexible work options must also be better tailored and adaptable to carers’ needs, which are shown to be linked to the gender, age of the care provider, and the care recipient group.”

“Poor work-life balance and the associated outcomes during the pandemic are also likely to have knock on consequences beyond the pandemic, as carers continue to grapple with the social, emotional and work-related effects,” says Associate Professor Hamilton.

“Investment in supporting the needs of those with care responsibilities is perhaps more important than ever.”

Balancing work and family life during the COVID-19 pandemic who fared better and worse.pdf

Balancing work and family life during the COVID-19 pandemic who fared better and worse.pdf